UPDATE: Commencement is a sacred occasion in higher education and in the lives of graduates. Because of how important this event is to the entire Wilson family, we delayed making a decision until it was absolutely clear whether we could provide for the protection and safety of our graduates, and their families and friends while providing the experience our graduates deserve. We regret to announce that commencement has been postponed until Oct. 25, 2020. A remote ceremony will take place on May 17 but the formal commencement ceremonies will take place Oct. 25

Mario Capecchi, a molecular geneticist and co-winner of the 2007 Nobel Prize in Physiology or Medicine, will address the senior class at the 150th annual commencement ceremony at 2 p.m. on Sunday, May 17. 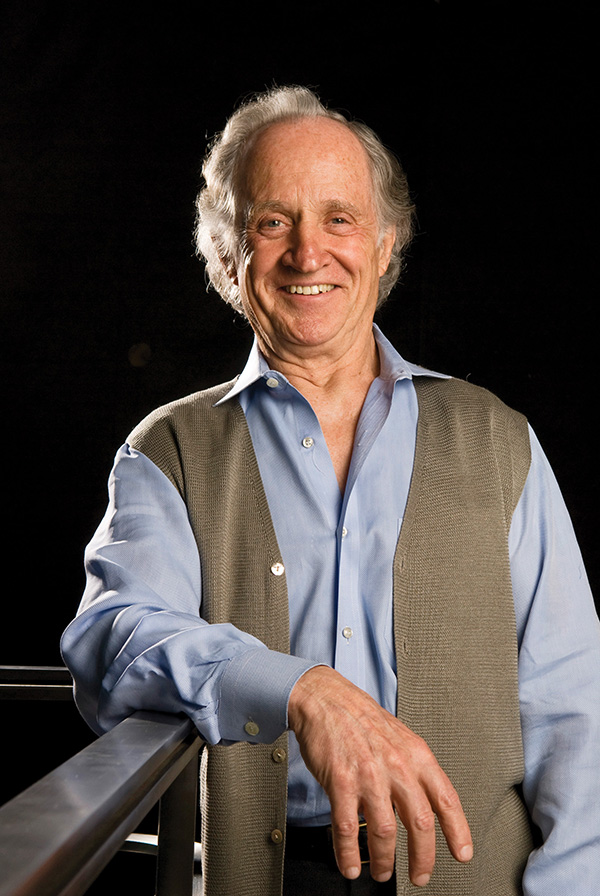 Capecchi shared the Nobel Prize with two other scientists for discovering a method of deactivating—or knocking out—specific genes in mice known as “knockout mice.” The technique, which provided a much more reliable method of altering animal genomes than previously used, is also used in gene targeting and has contributed to efforts to develop new treatments for diseases in humans, including cancer and diabetes.

In addition to his distinguished career in science, Capecchi has a fascinating personal story. He was born in Italy in 1937, son of Italian air force officer Luciano Capecchi and American Lucy Ramberg, a poet and daughter of impressionist painter Lucy Dodd Ramberg and German archaeologist Walter Ramberg. The couple did not marry and in the years leading up to World War II, Capecchi and his mother lived in a chalet in the Italian Alps. After the war broke out, his mother was arrested and sent to Dachau, the first Nazi concentration camp, for her anti-fascist activities.

Expecting arrest, Capecchi’s mother had made plans for her son in advance. She sold her possessions and gave the money to friends in return for taking her son to live with them on their farm. But when the money ran out they turned him out of their house at age 4 1/2. Capecchi lived on the streets of northern Italy with other homeless children, as well as occasionally in orphanages, for five years. He spent the final year in a hospital, where he nearly died of malnutrition.

After Capecchi’s mother was released from Dachau, she spent the next two years searching Italy for him. She eventually found him at the hospital where he was still recovering from malnutrition. Soon after, they came to live in the United States, settling in a utopian commune in Pennsylvania co-founded by Lucy’s brother, physicist Edward Ramberg, and his wife Sarah. Capecchi graduated from a Quaker boarding school outside Philadelphia in 1956 before entering Antioch College in Ohio.

After earning a bachelor’s degree in chemistry and physics from Antioch College, Capecchi worked at Massachusetts Institute of Technology (MIT) and became interested in molecular biology. He did his graduate work at Harvard University in the laboratory of James D. Watson, co-discoverer of the structure of DNA. Capecchi earned his doctorate in biophysics from Harvard in 1967. After teaching for a time at the Harvard Medical School’s Department of Biochemistry, Capecchi joined the faculty at the University of Utah in 1973.

Capecchi has held a number of teaching positions at prestigious universities and currently is distinguished professor of human genetics in the University of Utah School of Medicine. There, he also runs a laboratory with an extensive history of training graduate students and post-doctoral fellows who have gone on to successful careers in academic and industrial research. Capecchi studies cancer models (experimental versions of cancer) recreated in mice and has a particular interest in the study of sarcomas, focusing on unraveling the function of the Hox genes associated with development and neuropsychiatric disorders.

Capecchi is a member of numerous professional organizations, including the National Academy of Sciences, American Society for Biochemistry and Molecular Biology, and the National Science Foundation Advisory Panel on Genetics. Likewise, he has received awards too numerous to list, including the American Association for Cancer Research Lifetime Achievement Award and the Alfred P. Sloane Jr. Prize for Outstanding Contributions to Cancer Research. 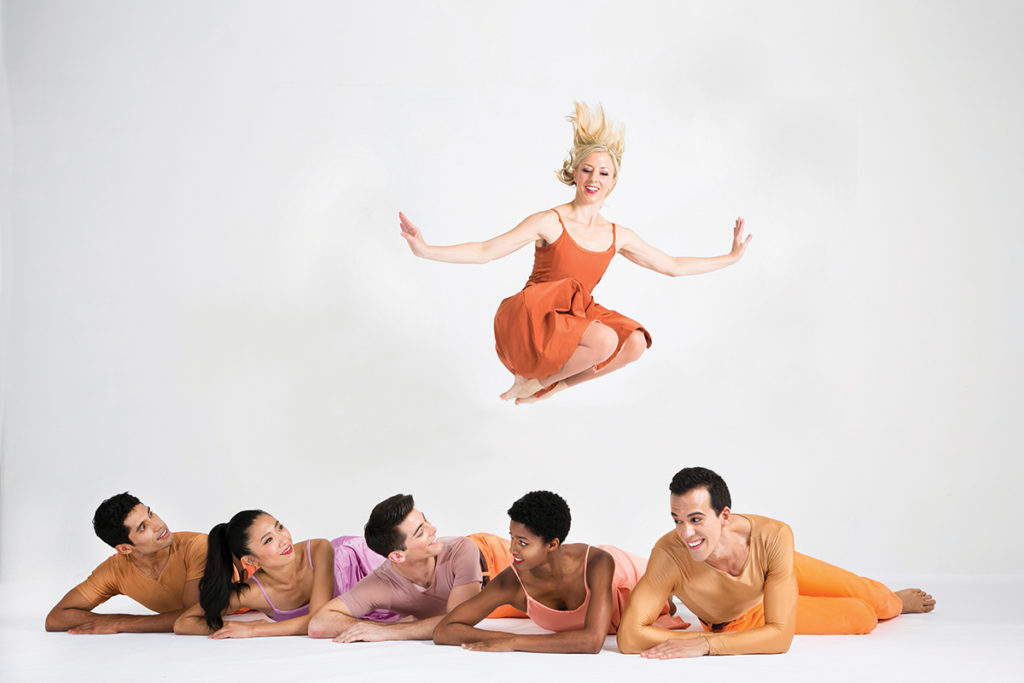 Taylor 2’s performance at the Capitol was part of Paul Taylor: The Celebration Tour, a multi-year global celebration featuring 20 masterpieces created by Taylor, who died in 2018. The company performed three of his masterworks. Airs, set to music by Handel, calls to mind the wind with movement reminiscent of gusts and eddies. In Company B, Taylor created a quintessential piece of Americana as he explored the turbulent era of the 1940s. Set to music performed by the Andrews Sisters, the dance incorporates elements of familiar social dances (the lindy, jitterbug and polka) in a work exploring the realities of relationships during World War II. Finally, Esplanade is an exuberant piece set to music by J.S. Bach, incorporating everyday movement in a tour-de-force that is visually exhilarating. 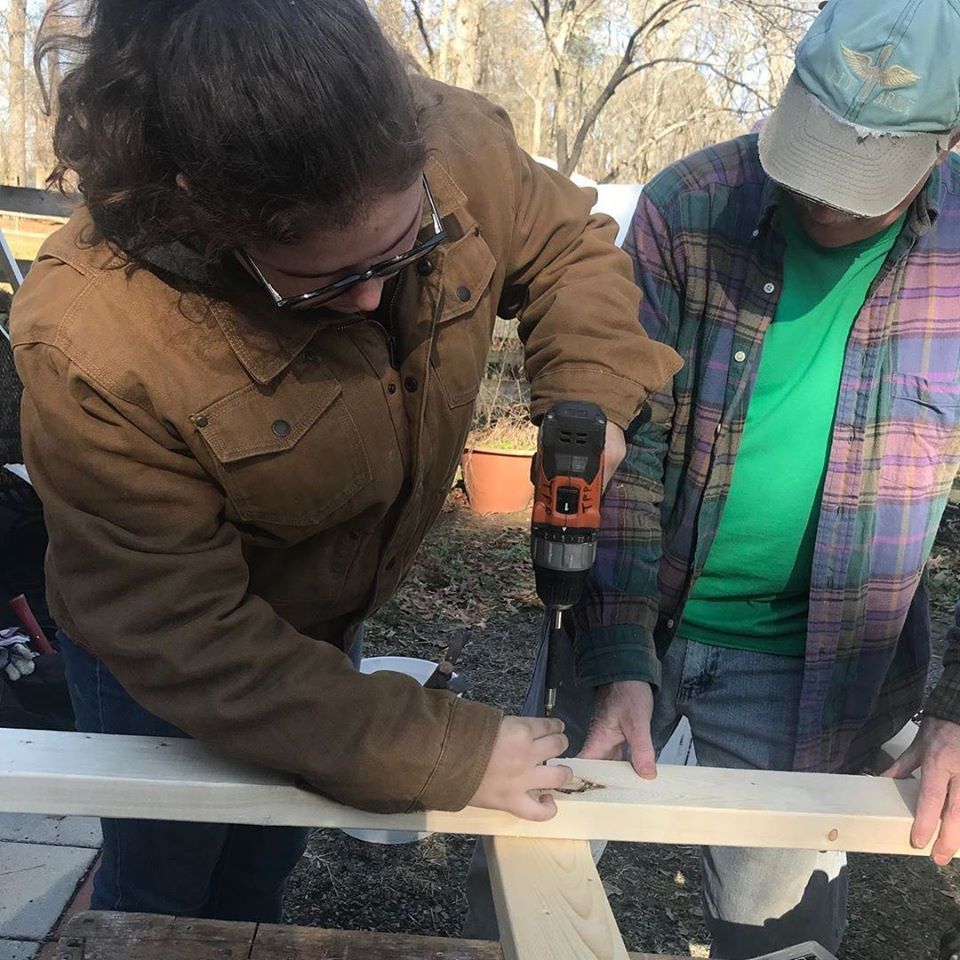 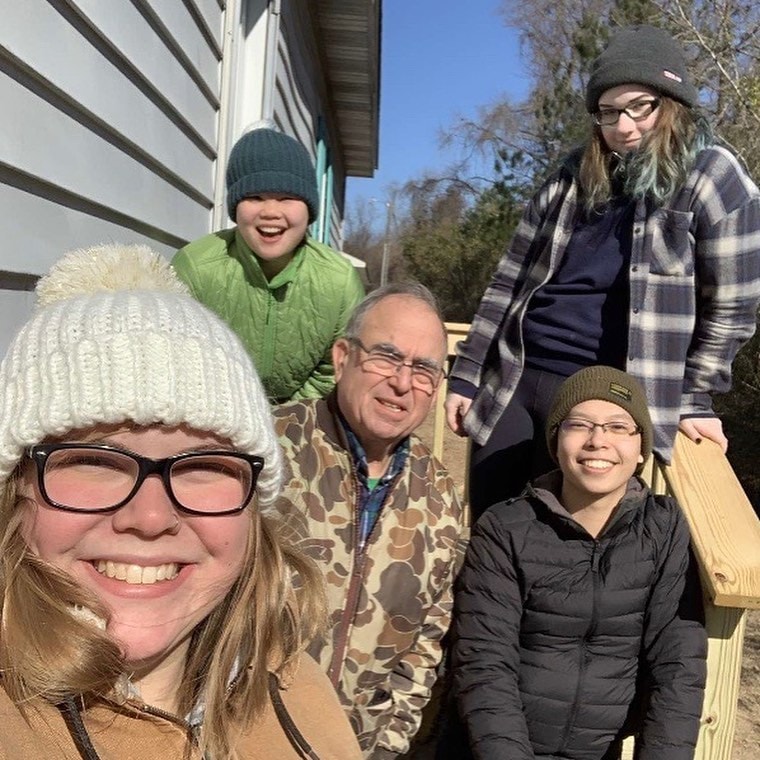 A group of Wilson students, led by Chaplain Derek Wadlington, traveled to Tarboro, N.C., during January-Term to help rebuild or repair homes damaged by Hurricane Matthew. The Category 5 storm hit the southeastern United States in fall 2016 and did extensive damage to the small, historic town and surrounding communities. With hundreds of homes left uninhabitable and limited resources, the people have struggled to rebuild.

This was the third year a Wilson contingent has partnered with the central Pennsylvania Presbyterian relief group, Lend A Hand, to help the hard-hit area. Eighteen students, Wadlington and two staff/faculty members participated in the Jan. 19-25 trip, as well as 17 Lend A Hand volunteers.

The trip was free for students, thanks to funds provided by the Synod of the Trinity, Presbyterian Church (USA), which oversees 16 regional Presbyteries, including the Presbytery of Carlisle. 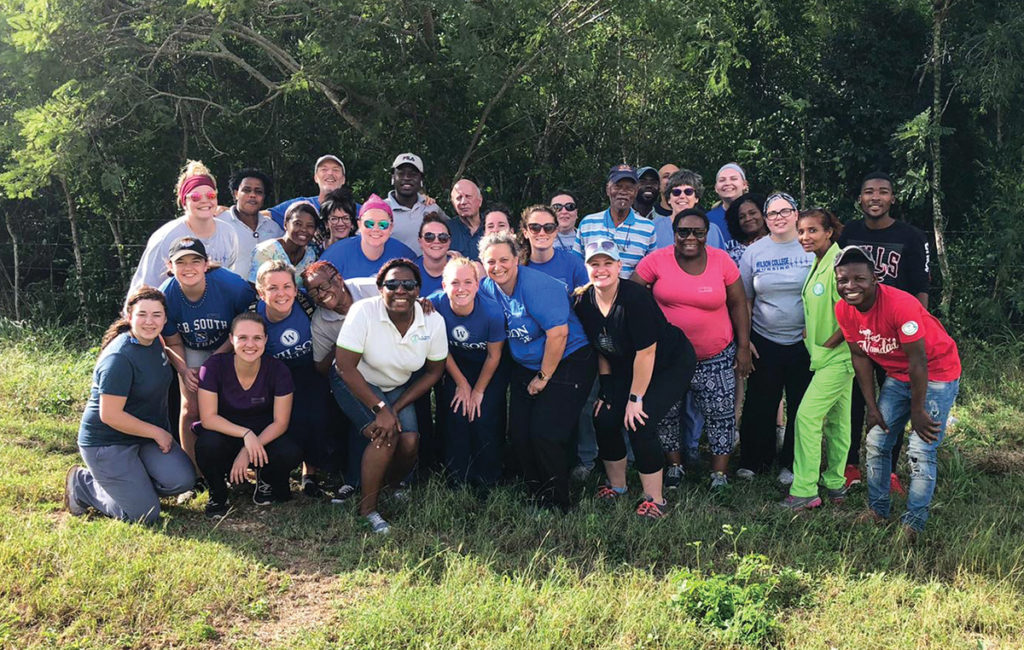 Helping Haitians in the Dominican Republic

A team of Wilson students, faculty members and an alumna, accompanied by three local medical practitioners associated with Wellspan Health, traveled to the Dominican Republic Jan. 5 on a weeklong medical mission. The group provided basic healthcare to Haitian sugar cane cutters and surveyed patients about their medical histories. It was the second such Wilson-sponsored trip in the past two years.

The students, professors Julie Beck and Wendell Smith, along with Dr. Sanjay Dhar, retired physician George Baker and Wellspan chief nursing officer Sherri Stahl provided medical services in remote villages called “bateyes.” These company-owned bateyes are where Haitian “guest workers” are housed for the duration of the cane harvest. Because the villages are difficult to get to and the people are poor, seasonal workers, most families living in the bateyes have limited access to preventative healthcare and depend on volunteer teams like the Wilson one to provide basic medical assistance.

In addition to treating patients, the team surveyed the people about conditions they have and treatments they received. The data collected from these surveys will be used as part of a research project aimed at improving the assistance teams provide in the future.

The Wilson team coordinated its work through an agreement with El Buen Samaritano (the Good Samaritan) Hospital in the southeastern coastal city of La Romana, which runs medical trips to approximately 100 bateyes twice a year.

Medical missions are part of Wilson’s service-learning programs for students. 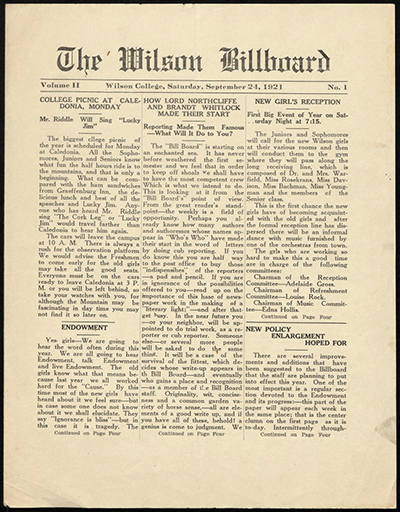 Nearly 1,700 issues of Wilson’s student newspaper are now online, searchable and available to the public, as well as to researchers on and off campus.

The digital editions of the Billboard, which date to 1921, can be accessed at www.wilson.edu/billboard-archive.

Wilson was able to digitize its archived collection of the Billboards with a $6,000 Council of Independent Colleges grant, which was made possible by a contribution from the Andrew W. Mellon Foundation.

Digitizing the collection and making it searchable enhances its value as a historical record because the data is easier to access by anyone researching topics such as gender, social issues and national and world affairs.

The newspapers provide a valuable record of not only student life at Wilson over the years, but also of popular culture and the events of the time as seen through the lens of contemporaneous college students, according to Amy Ensley, director of Wilson’s Hankey Center, which houses and manages the College’s C. Elizabeth Boyd ’33 Archives.

“The public may not think of Wilson as the center of discourse on world affairs, but it was very much at the center of national and political debate on very important women’s issues, including reproductive rights, sex discrimination and the equal rights movement, as well as the role of women in the workforce, the armed services and government,” Ensley said.

Now that the Billboards are online and available for research, Ensley expects them to be used by Wilson students for research assignments, alumni who may want to research topics or revisit their time at the College, and others who want to research a range of topics, such as local history, women’s issues, popular culture and a variety of historical events.

Once published weekly, the Billboard today is published every three weeks.

Search digital Billboards at wilson.edu/billboard-archive
Quick tip: To search a range of years, click on “CE” when entering both the start and end dates.

Sometime on Thursday, Dec. 19, vandals drove through an open gate at the rear entrance to the Kris’s Meadow athletics fields complex and onto the center of the soccer field, where they drove in circles, leaving deep ruts and rendering the field unusable. No arrests have been made in the case and Wilson now keeps the gate locked at all times instead of only at night.

When temperatures warm, the damaged part of the field will have to be dug up and leveled before soil and sod can be put down. The damage is covered by insurance and at press time, the College was still waiting to find out when the claim would be paid. However, the College expects the field to be repaired in plenty of time for the fall men’s and women’s soccer seasons.

On Feb. 22 and again on March 3, at Henninger Field, graffiti was found spray-painted inside the third-base dugout, as well as on signage on the outside of the dugout. The Wilson maintenance department was able to remove the graffiti on the signage and paint over the graffiti on the inside. The College is considering what other security measures might be taken at the field, which is owned by the Borough of Chambersburg and is part of a recreation area that is open to the public.