Wilson classics lecturer Bonnie Rock-McCutcheon’s interest was piqued when Trinity Episcopal Church in Chambersburg reached out to local historians, looking for someone to research and unearth the church’s history. Not only was uncovering local history a perfect project for her archaeology students, but it also struck her as auspicious that both the church and the College were celebrating their 150th anniversaries in 2020.

“Students like to do things that are real,” Rock-McCutcheon said. Her students were learning about the archaeological process through reading case studies. This would be their chance to put what they had learned into practice with a hands-in-the-dirt dig.

The students visited the site—designated “Lot 100” when Chambersburg was first settled—where the parish house stands today and where a section of floorboards had been removed in the basement, exposing the dirt floor below. They talked with church staff and learned the basement was originally the kitchen. They identified the outline of a large fireplace and a well that had been sealed shut.

Intriguingly, in the adjacent room there was an arched, red-brick tunnel leading away from the building. According to the church staff, local lore held that this was part of the Underground Railroad—a network of routes and safe houses that were used to help escaping slaves as they fled north to freedom. It had been bricked up about 10 feet in, but students wondered if they could find out more about it.

The students’ plan for the site included two connected elements: The first was to dig up the dirt floor in the kitchen, catalog any artifacts unearthed and determine their origin and use. The second was to research the history of Lot 100 and find out if it and/or the church was part of the Underground Railroad. 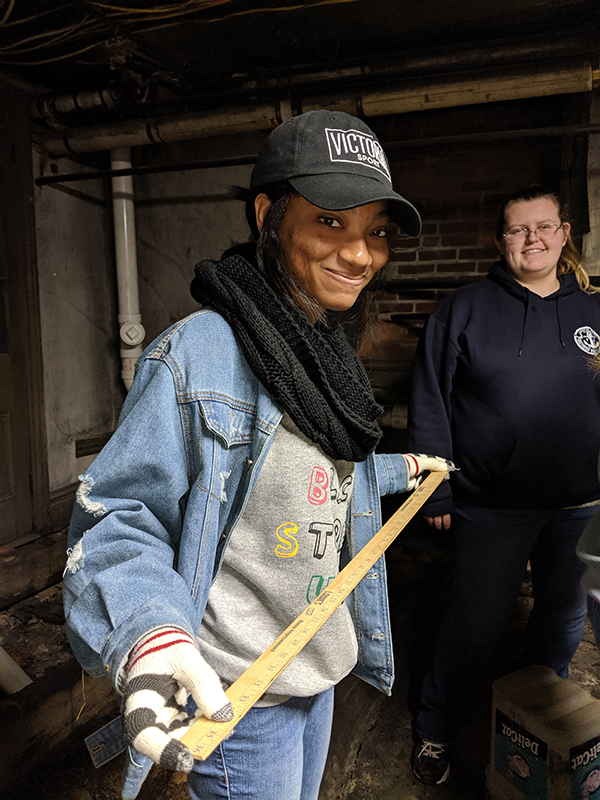 Students erected a rectangular excavation grid around the exposed dirt floor, then further divided it into quadrants. A team of diggers removed the soil and placed it into buckets. Another team sifted the soil in large wooden frames with metal mesh that allowed the fine sediment to pass through.

Once the dirt had been sifted out, they removed any artifacts, cataloged and bagged them, and passed them to the cleaning crew for preservation and research. Items discovered included: animal bones, a tooth (DNA testing will be required to determine if it’s human or animal), nut shells, fragments of glass, pottery shards, rocks with components of chalk and coal, and lots of oyster shells.

Through research, students learned that in the 17th and 18th centuries, oyster shells were used in foundation mixes to make them stronger. The shells were also used to make an early form of concrete known as tabby. They hypothesized that this was why they found so many in the basement and not because the original inhabitants ate vast quantities of shellfish. 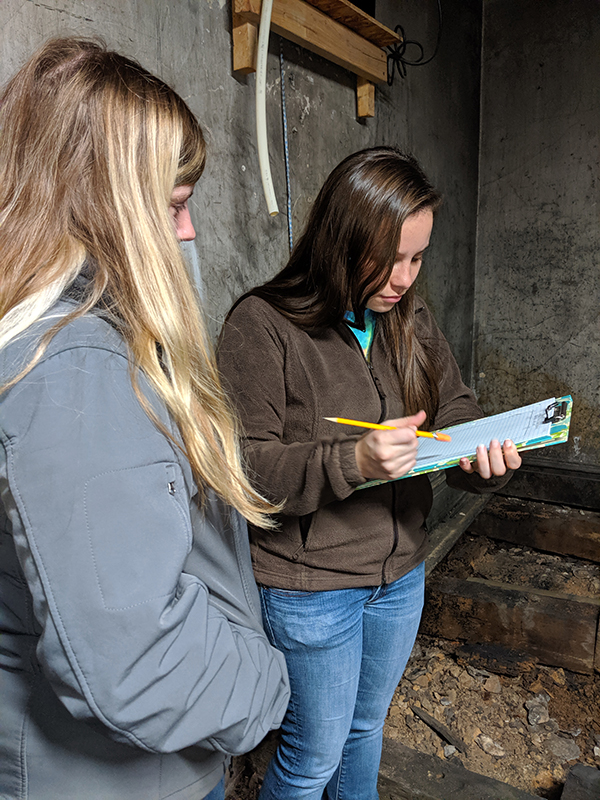 With one team focused on the dig, another team tried to explore the arched tunnel. They bored holes through the masonry small enough to let a flexible camera pass through. Unfortunately, the camera was blocked by more material on the other side of the bricks. Exploring the tunnel further would be a much larger project and they had to put it on hold for now.

In addition to the dig, students recorded oral histories by interviewing church parishioners. Some of the interviewees remembered exploring the basement tunnel as children and that there were many similar tunnels in the town. “When people can connect to history as a story, they begin to see why it’s so important,” Rock-McCutcheon said.

Oral histories also teach students how to actively listen. “Through listening we develop empathy,” Rock-McCutcheon said. “That’s how we see each other as humans and start to connect instead of yelling over each other.”

Through their research, students found that Lot 100 was originally a blacksmith shop owned and operated by Dan Oyler. Samuel Siebert later acquired the property, where he lived and operated a carpentry shop. Siebert’s home is the parish house today. In the mid-1800s, the church sold the property to pay off debts and was able to reacquire the property in 1871.

Students also learned that the congregation believes that the church played a role in the Underground Railroad, but they haven’t found corroborating documentation yet. They did find evidence of a network of tunnels stretching throughout Franklin County—for safety reasons, the tunnels were sealed off years ago.

The dig and research is far from over. Rock-McCutcheon intends to return in the fall 2020 semester and is creating a curriculum around a semester-long dig at Trinity. “I think that we construct knowledge,” she said. “This history is concrete, it’s real. They can reach out and touch it.”