After a hiatus of three years due to pandemic restrictions, Wilson welcomed back her alums in person for One Grand Reunion to celebrate and reconnect with the College and each other. And it was a party to remember for everyone! 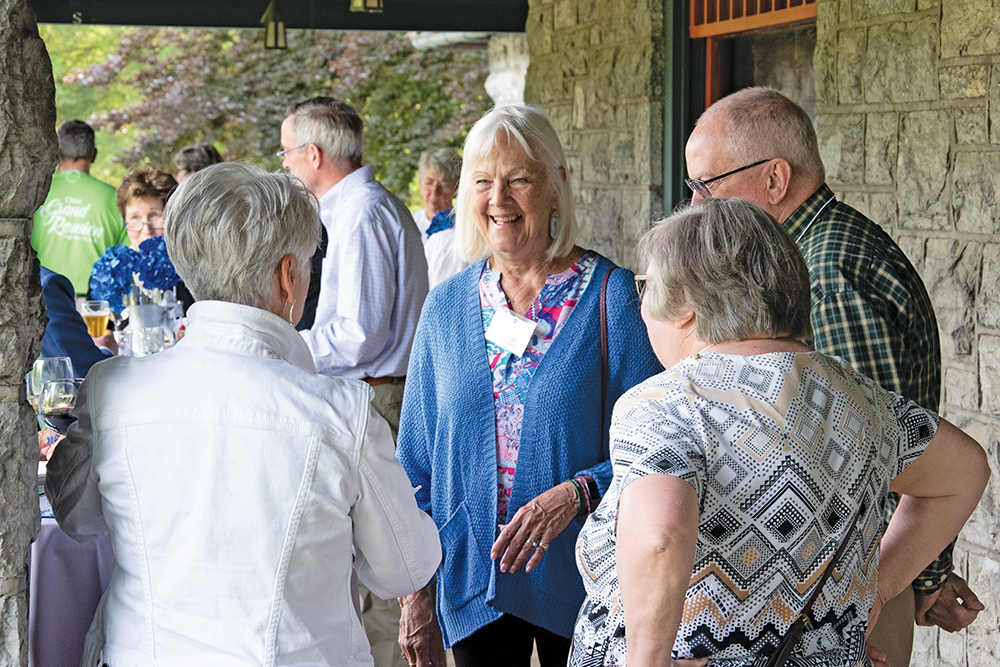 We had over 300 participants from over 28 states and several countries come to celebrate their alma mater, renew old friendships, and make new ones.

There were three sets of alum sisters, many bigs and littles, a handful of alums who hadn’t been back since their graduation, and many who have been frequent campus visitors. The Class of 1947 was the earliest class represented. The Class of 1972 was the class with the greatest percentage and the largest number of class members registered. 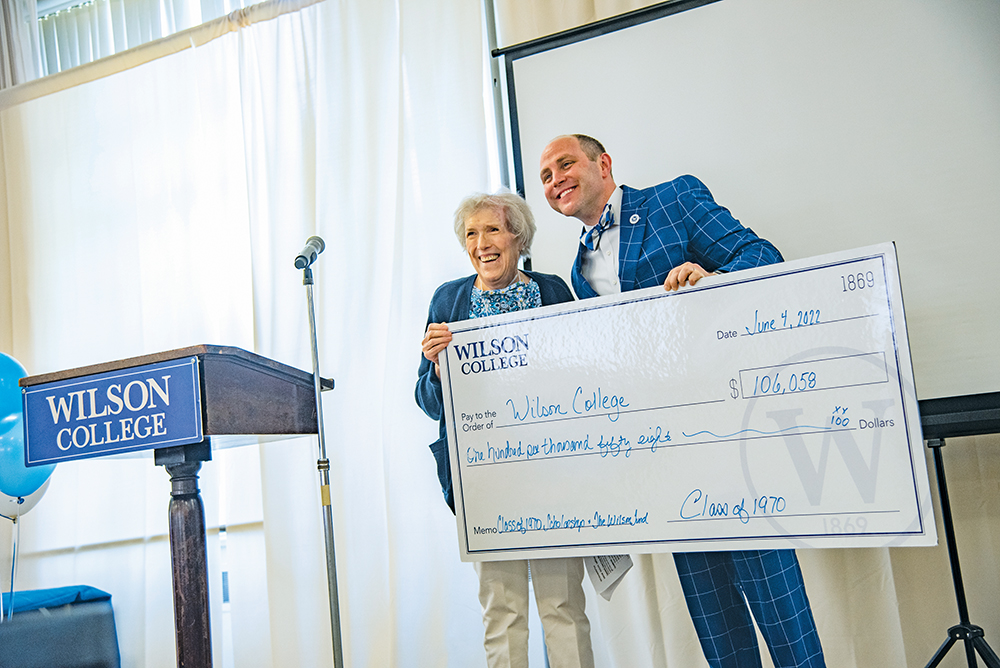 Three classes — 1970, 1971, and 1972 — celebrated their 50th anniversaries together. Their enthusiasm and good-natured rivalry energized the festivities.

The Three 50th Classes Give Generously

In the words of Beth Lange – 1970 is a special class. The class came up with a mantra or guiding principle for our 50th reunion — Teamwork. Class Focus. Wilson Priority.

Teamwork: First, to make this work, we formed a terrific team — Grace Jenchura, Emily Muller, Becky Stout, Lydia Saris-Mechenbier, Carole Ashbridge, and me, Beth Lange. A team of two lawyers, a doctor, two senior business leaders, and a senior educator with start-up ideas, can you imagine those meetings!

Class focus: Our first step was to conduct a survey to get input from classmates on where we should focus our special giving initiative. The votes selected the 1970 Scholarship Fund. We notified classmates, and five communications each school year kept classmates current on giving. We also thanked them for their commitment to Wilson.

Wilson Priority: The team raised the question two years ago [with the pandemic affecting the College’s finances negatively]: “Should we turn over some of the Scholarship Fund to the Wilson Fund?” We decided the need was immediate and donated to the Wilson Fund while keeping most in reserve for the scholarship fund. 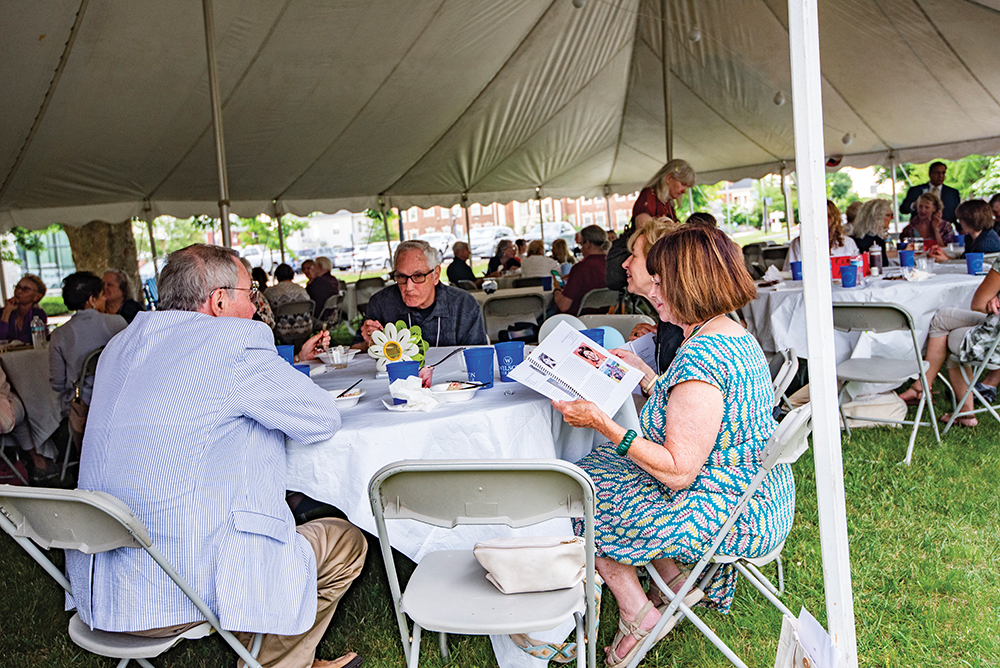 In the words of Cathie Sunderland Jenkins – Acting as the Class Ambassador for the Wilson Class of 1971 has been a joy and an honor for me. When I began the effort in earnest six years ago with a balance of around $1,600, I had a lofty goal of $100,000 in mind. I started sending emails and letters to my classmates asking for their support. To my happy surprise, many responded positively. Motivated by their ongoing commitment, I tried to keep them apprised of both the College’s progress and our reunion plans, which have taken a crazy path throughout the COVID-19 years. 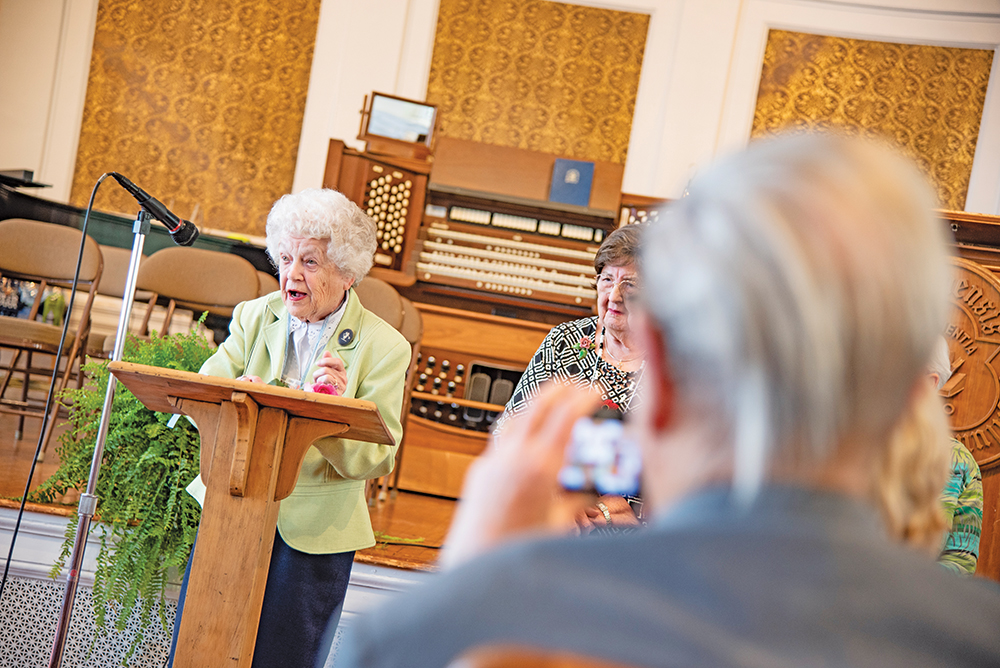 We have unanimously agreed to create an endowed $50,000 Class of 1971 scholarship, which is now fully funded. President Fugate’s impassioned pleas for help to make it through the challenges resulting from the pandemic now have us directing all giving above the scholarship amount to the Wilson Fund to use where the administration sees the greatest need. The Class of 1971 is remarkable in its generosity. 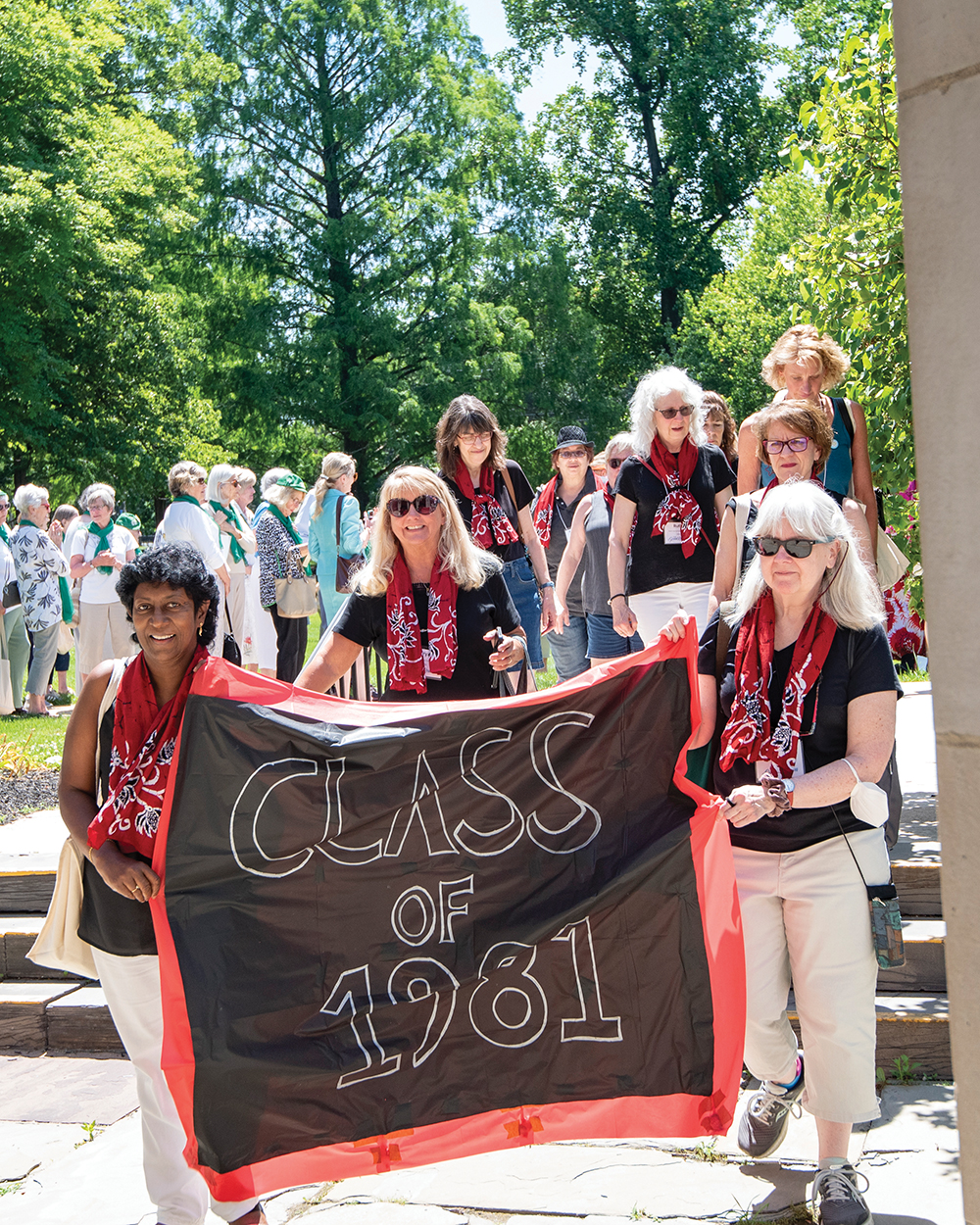 At The Grand Reunion, I was so excited to see my classmates and to thank each of them personally. It’s not easy to ask friends again and again to donate more money, but I believe in Wilson and her future, and I know my friends in the Class of 1971 do as well. I am so proud of the gift we presented to President Wes at the Saturday luncheon, and I know my class is “firmly pledged to love and honor” Wilson College. Leading our effort has been a privilege for me. Thank you, classmates and staff, for your support of my endeavor. 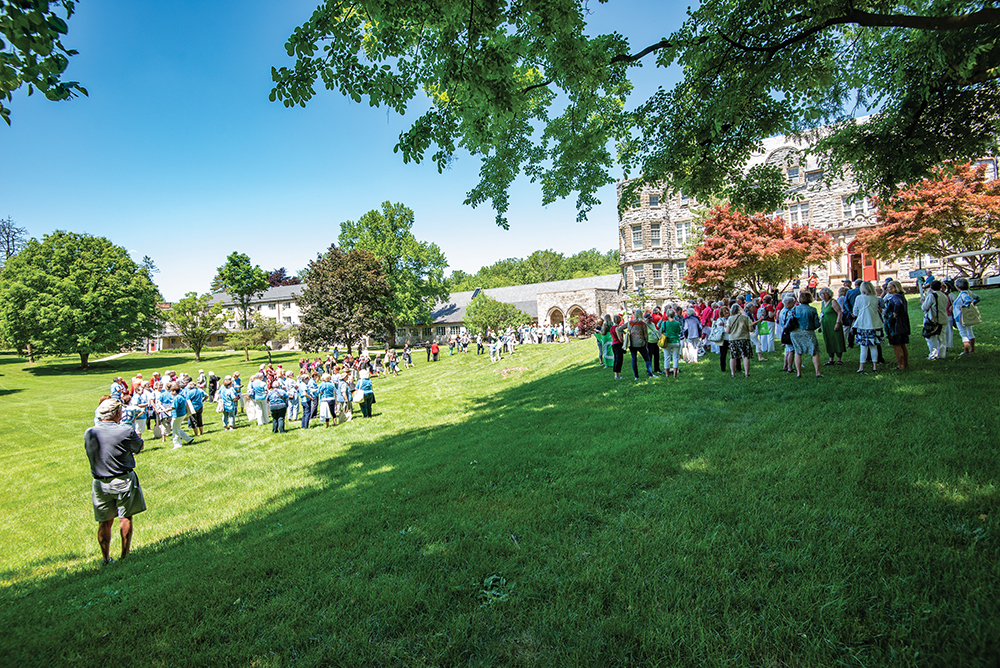 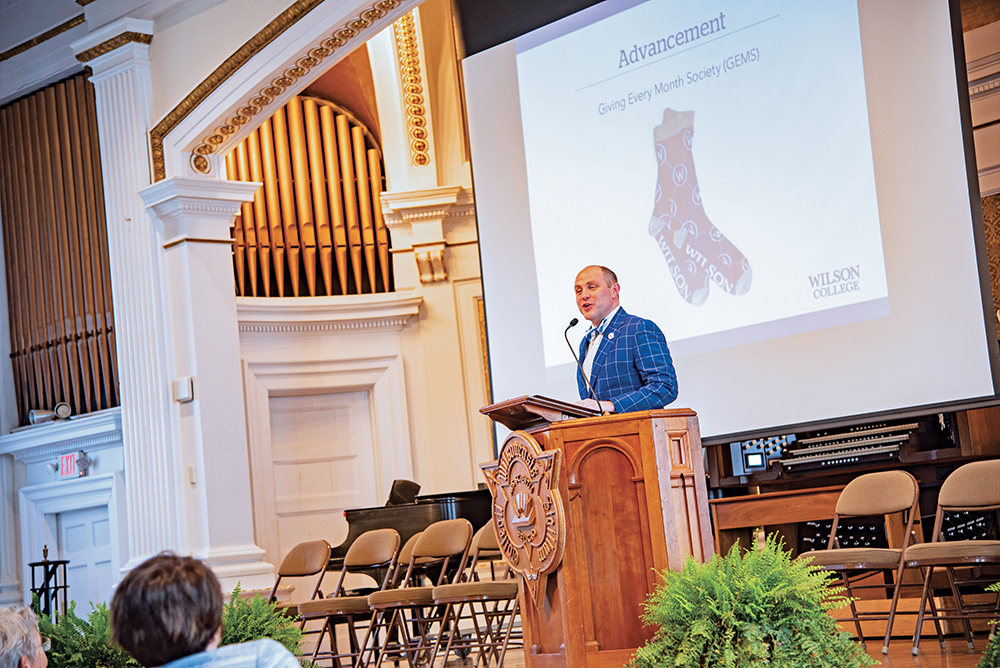 In the months leading up to this 50th reunion milestone, classmates shared a multitude of Wilson memories via emails and Facebook. These memories highlighted what we valued most at Wilson: challenging and engaging academics, diverse extracurricular options, opportunities beyond the classroom, a melting pot for friendships, and images for a lifetime. Our experiences here have expanded and enriched our lives. 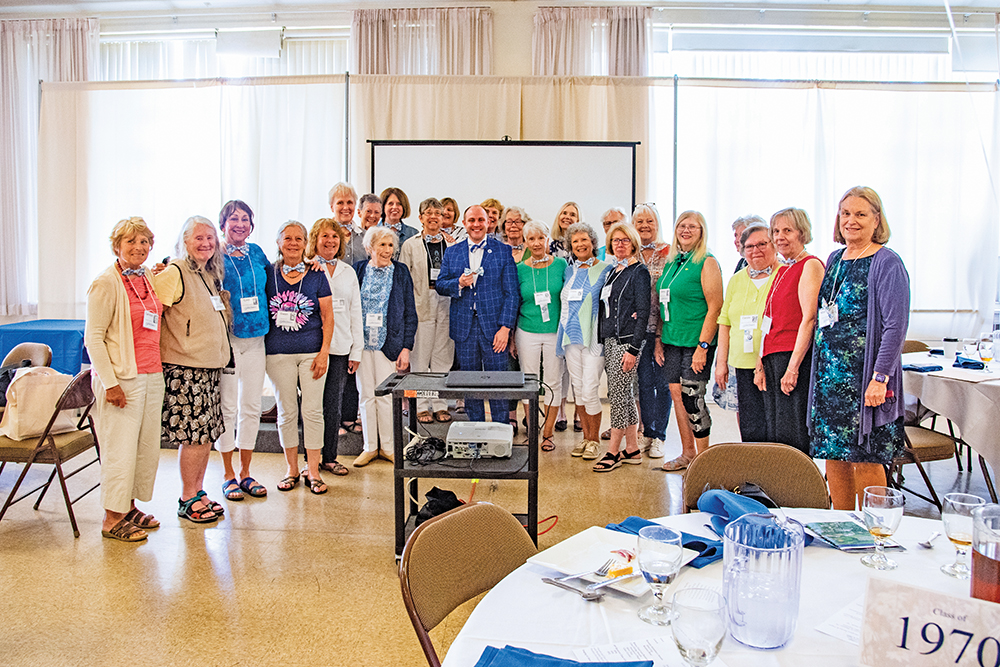 At this time, it seems most fitting that our legacy be to enable more students to create their own Wilson experiences, including strong educational foundations and friendships to open doors throughout their lives. Our gift, therefore, is dedicated to scholarships. We hope that the beneficiaries of our legacy will enjoy sharing their Wilson experiences with each other at their 50th reunion as much as we have. 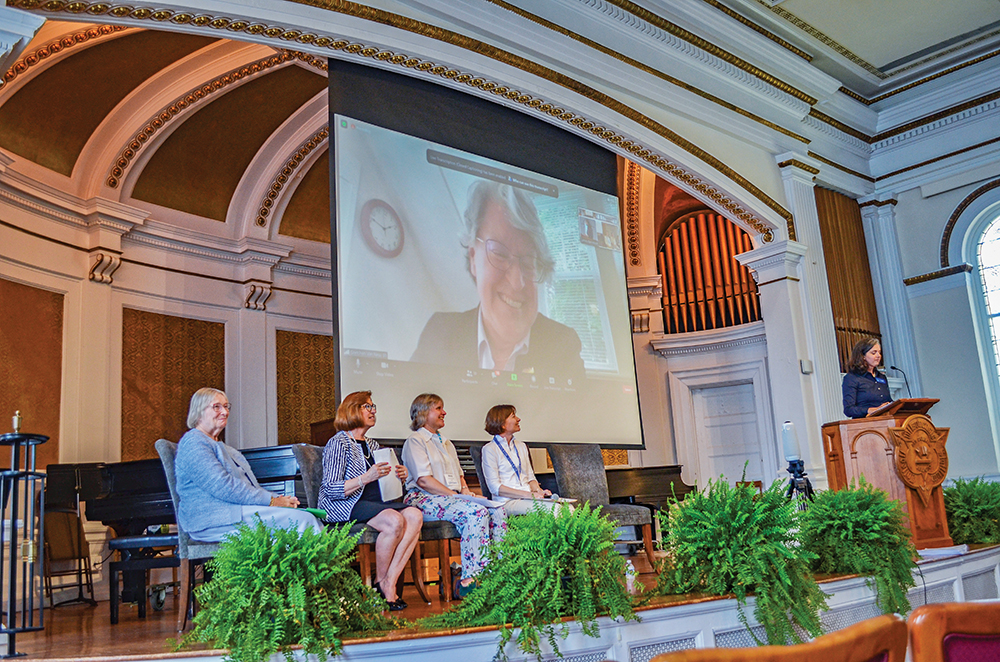 1979 and 80s Discussion: Wilson College History, Aftermath, and Growth from the Student Perspective
A panel discussed the turbulent years leading up to and after the near-closure of the College in 1979 and the ramifications of those events for students at the time and those who remained at or enrolled in the College during the 80s. Panelists included Mary Snider Bolt ’84, Janet Serdy ’79, Gretchen Van Ness ’80, Amy Ensley, director of the Hankey Center for the History of Women’s Education, Mary-Linda Sorber Merriam Armacost Hon. ’91, President Emerita. 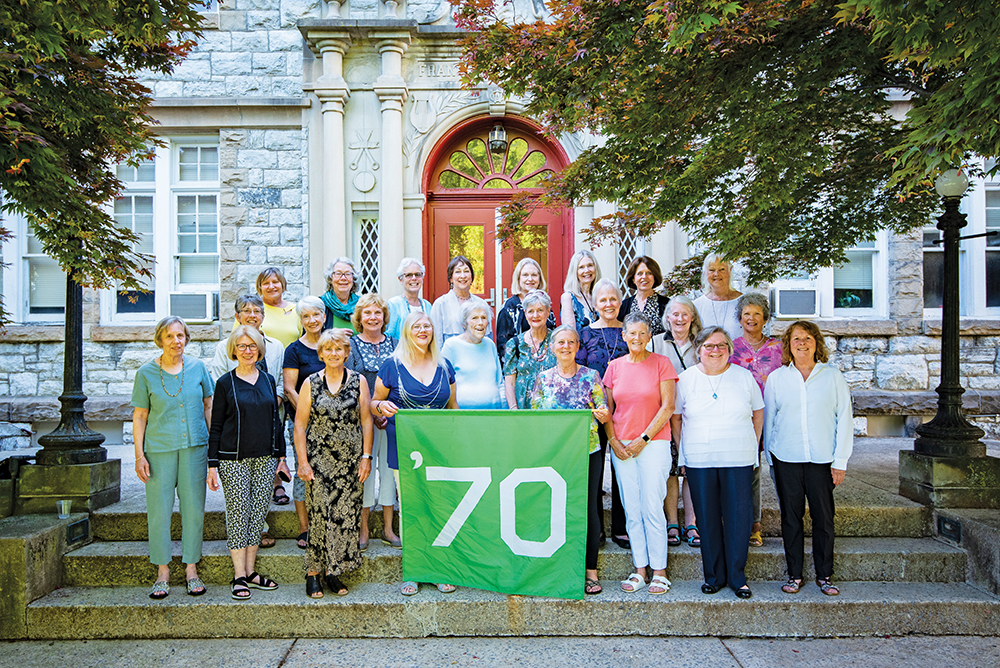 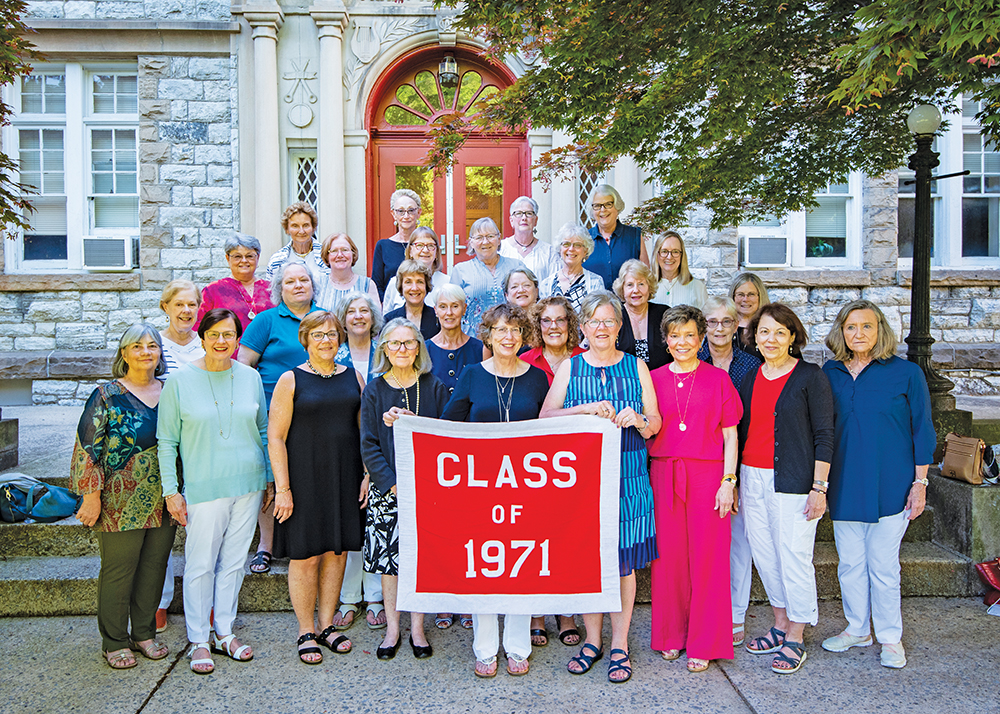 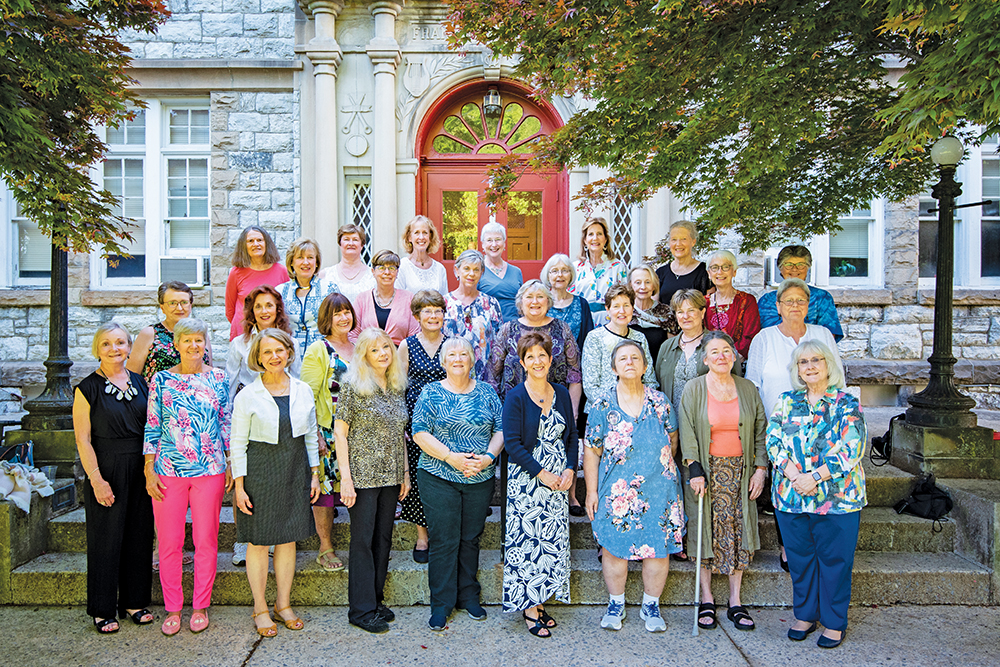 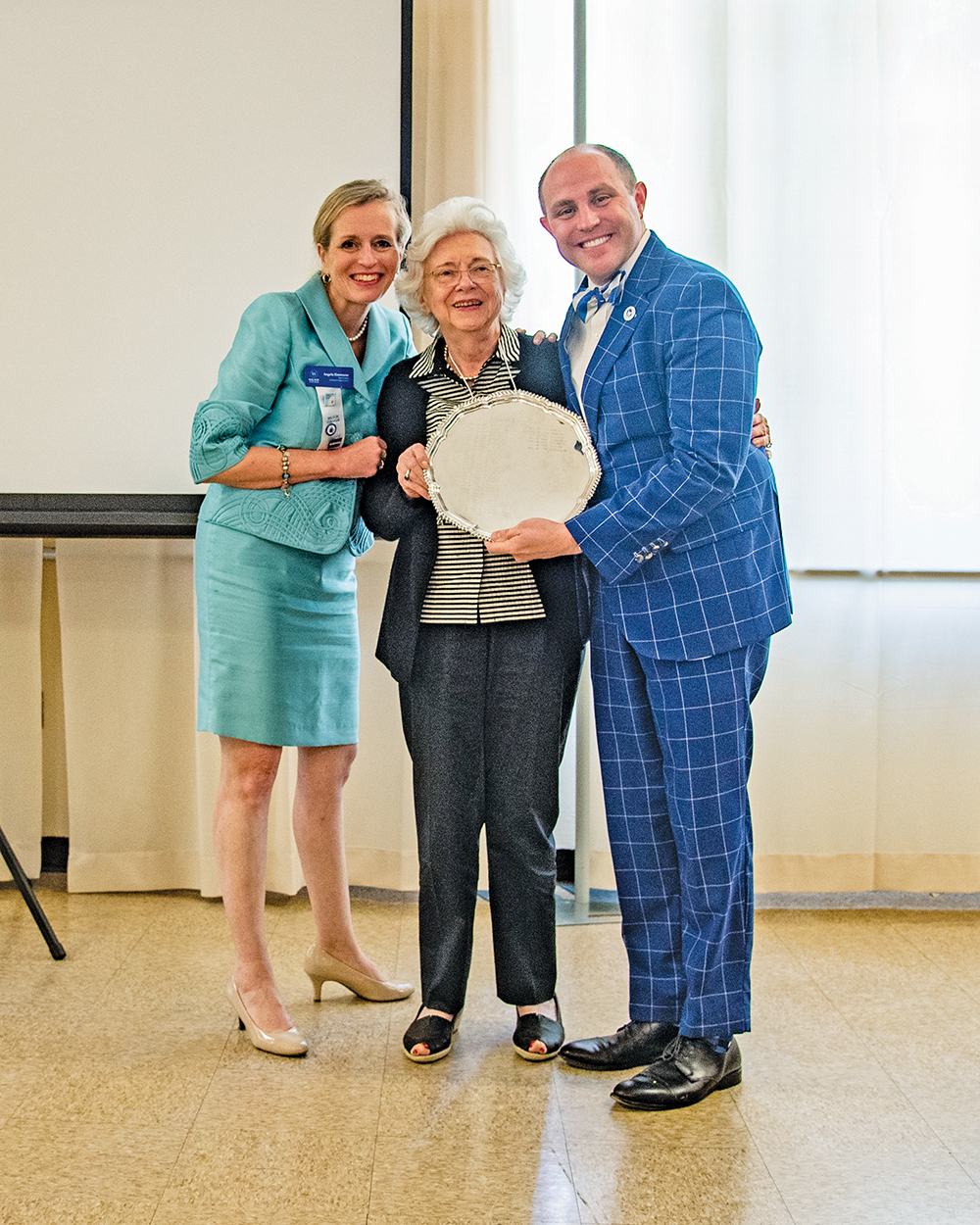 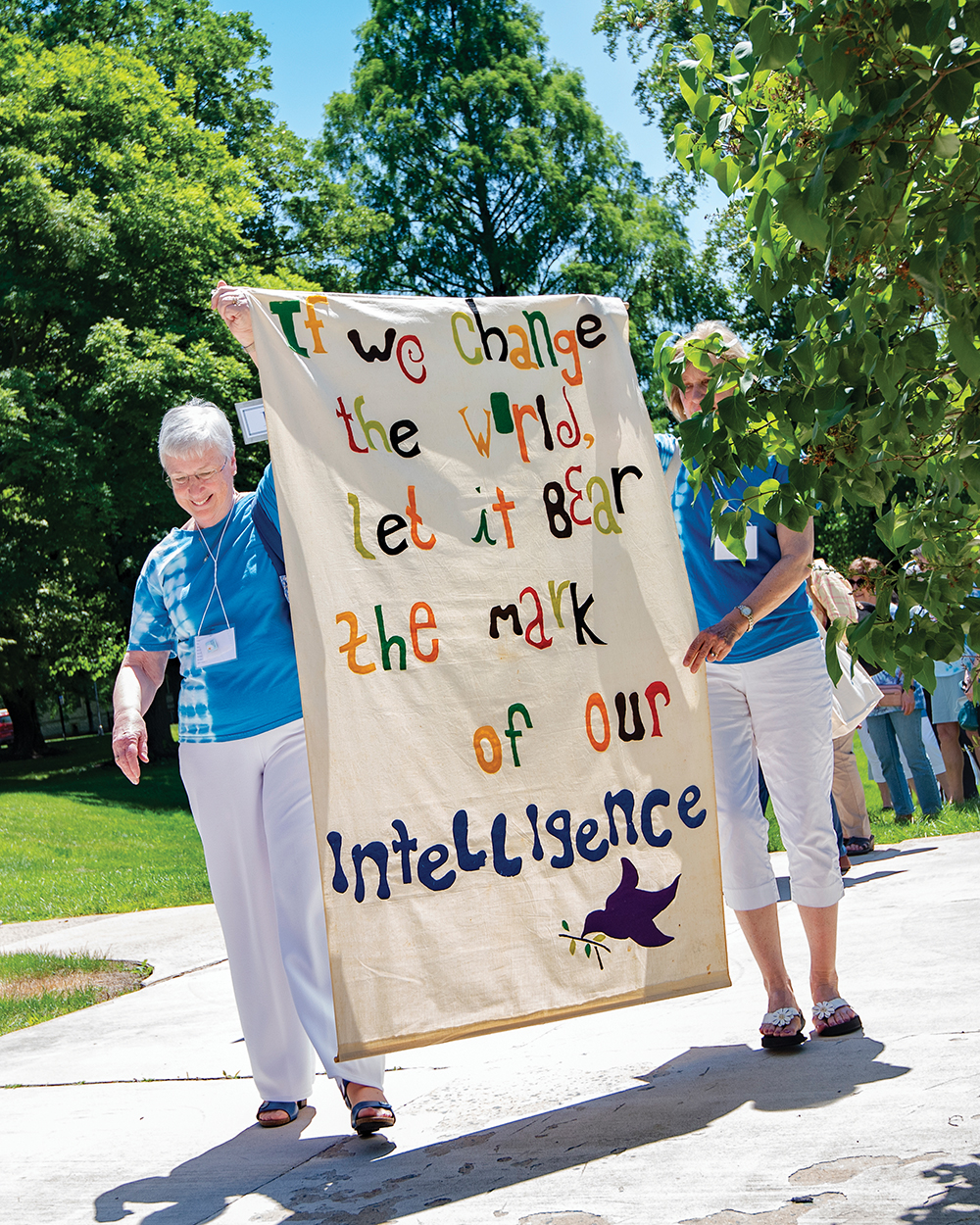