DISTINGUISHED ALUMNA
Leslie Durgin ’69 has had a long and distinguished career in politics and government in Colorado. After graduating from Wilson with a bachelor’s degree in philosophy, she received a Master of Public Administration from the University of Colorado in 1976. From 1975 to 1982, she held positions in Colorado state government, including principal planner and policy analyst for the Office of State Planning and Budget, human services assistant to Gov. Richard D. Lamm and manager of the state Human Service Policy Council, among others. She was elected to the Boulder City Council in 1987 and subsequently was elected mayor, a position she held from 1990 to 1997. She most recently served as senior policy adviser to the Boulder Housing Authority and also as senior policy adviser to the Boulder Chamber of Commerce from 2014 to 2019. Durgin’s community service has encompassed many organizations in the Boulder area, and she currently serves as senior vice president at Planned Parenthood of the Rocky Mountains, as well as serving on the board of directors of the Colorado ACLU and Emergency Family Assistance Association, and on the University of Colorado’s Conference on World Affairs, Strategic Planning and Development Committee. She was a member of Wilson’s Board of Trustees from 2006 to 2015 and chaired the Commission on Shaping the Future of Wilson College, which led to the decision to rejuvenate the College by significantly increasing enrollment, strengthening programs and facilities, addressing issues of educational cost and value and expanding coeducation across all programs.

DISTINGUISHED ADP ALUMNA
Barbara Kostyak ’96 graduated from Wilson with a bachelor’s degree in business and marketing. She first worked as marketing manager for Kostyak Home Builders, her family’s construction business, for 12 years. In March 2009, she became the chief financial officer of Ratchet Rake LLC in Carlisle, Pa., which sells innovative ATV and tractor attachments. She and her husband hold a patent on the ratchet rake, a brush/land-clearing device that attaches to most compact tractors and skid bucket loaders. The company is now celebrating its 10th anniversary. Kostyak is a volunteer for Victim Services Division of the Cumberland County District Attorney’s Office, a service resource for victims of domestic violence, sexual assault and child and elder abuse, and is also involved with Project Share, an organization that addresses issues of food insecurity and nutritional education.

OUTSTANDING YOUNG ALUMNA
Ruth “Meg” Oldman ’08 is currently an assistant professor of English at Tarleton State University in Stephenville, Texas. After graduating from Wilson with a bachelor’s degree in English and creative writing, she received a master’s degree in literature from Marshall University in West Virginia and a doctorate in literature and criticism from Indiana University of Pennsylvania. Before joining the faculty at Tarleton, she was a full-time professor at Slippery Rock University in Pennsylvania and also taught writing classes while attending Marshall and Indiana University of Pennsylvania. She is currently president of the Medieval Makars Society, a network of scholars interested in medieval Scottish Makars’ literature, which encompasses a number of poets of 15th- and 16th-century Scotland.

TIFT COLLEGE AWARDS
Lisbeth Sheppard Luka ’69 has been active for many years both in the Wilson community and in Chambersburg. She graduated from Wilson with a bachelor’s degree in political science and went on to earn a Master of Education degree with a concentration in elementary counseling from Villanova University in 1978. For six years, she worked as an elementary guidance counselor in the Chambersburg Area School District and then became the founding executive director of the Chambersburg Area Council for the Arts, a position she held from 1989 to 2004. Luka served as executive director of the Chambersburg Area School District Foundation from 2006 to 2012. She is also president of the Gilmore-Hoerner Endowment, a trustee of the Falling Spring Presbyterian Church and a member of Coyle (Library) Campaign Leadership Committee, in addition to serving on the boards of numerous Chambersburg-area organizations. At Wilson, she is a past Alumnae Trustee and current member of the College’s Board of Trustees. She has served on the AAWC Board of Directors and on many AAWC committees, and is past president of the former Wilson College Club of Franklin County.

FACULTY AWARD (Posthumous)
John McDermott was an educator for 48 years, teaching science in the Greencastle and Carlisle (Pa.) school districts; then serving as a professor of nuclear science for Penn State University and Dickinson College before completing his career at Wilson. He joined the faculty in 1998 and became director of teacher education before retiring in 2002. He also served as the senior science adviser for the Pennsylvania Department of Education. After retiring from Wilson, McDermott became the director of the Institute for Retired Persons in Chambersburg. He received a bachelor’s degree from Shippensburg University, a master’s degree from the University of Delaware and a doctorate in education from Ohio State University. He was a member of the American Nuclear Science Teachers Association and the Franklin County Historical Society.

LEGACY SCHOLARSHIP AWARD
The AAWC board has named Daniel O’Keefe ’21, son of Christi Wilkins ’84, as the recipient of this year’s award. 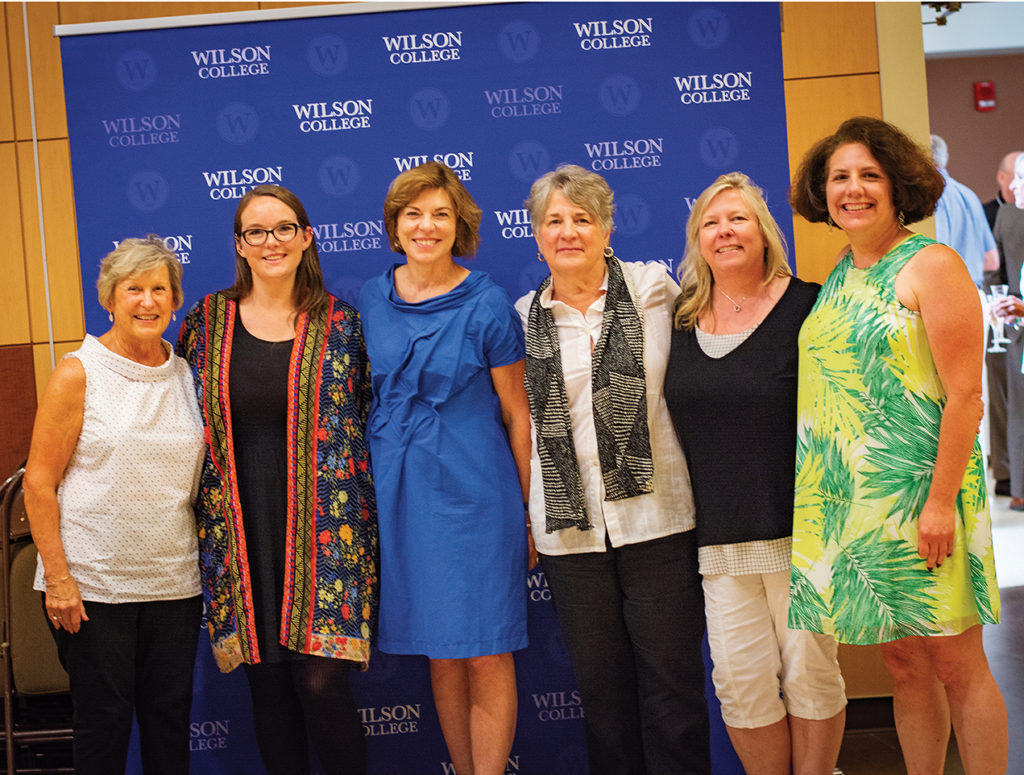