Susan Breakefield Fulton ’61 remembers two Wilson women arm in arm, fiercely determined to keep Wilson College open in 1979 and passionately pragmatic in its rebuilding. The two women in question were the late Nan Clarkson ’47 and Nancy Besch ’48. It was their tenacious organizational skills and unflagging commitment to Wilson’s future that moved Fulton recently to contribute to the College and establish the Nancy A. Besch ’48 and Elisabeth Clarkson ’47 Chaplain of Wilson College. She believes these two women set Wilson on a path of progress 40 years ago. 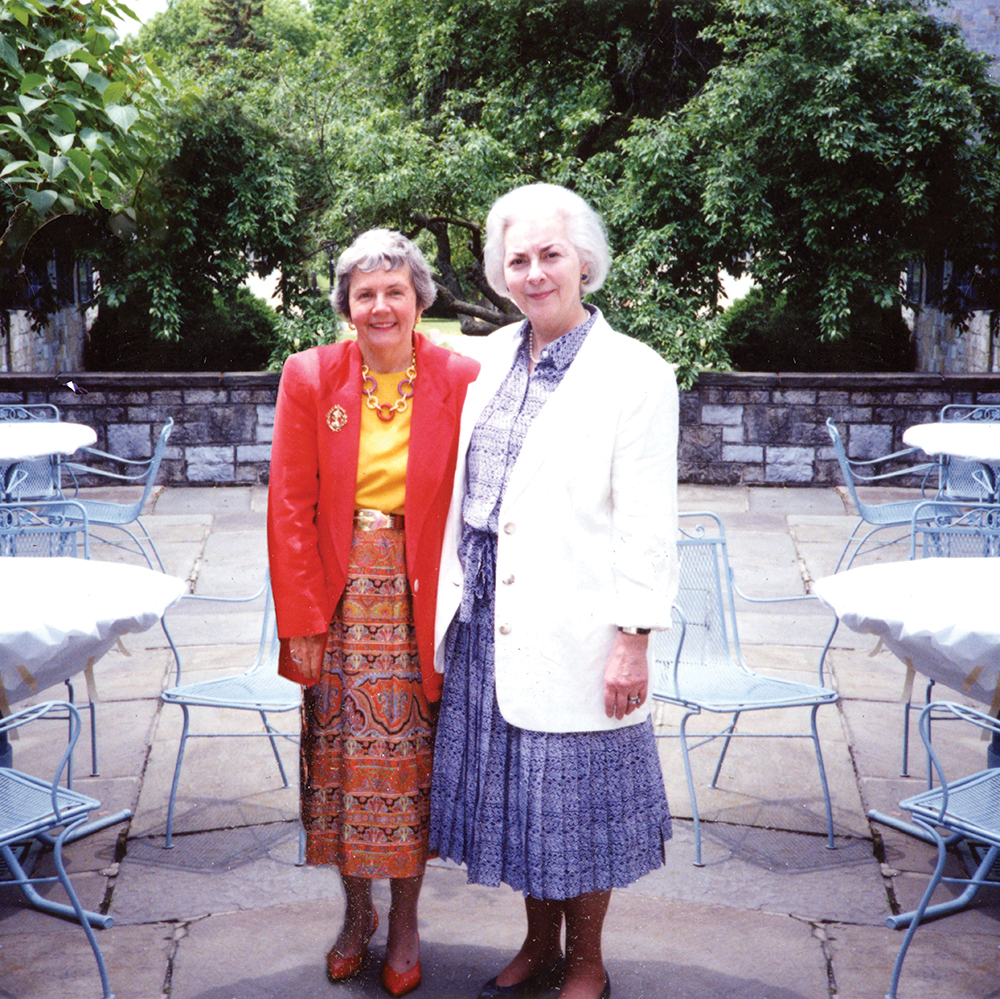 On May 26, 1979, a day after the court’s judgment saving Wilson from closure, the Board of Trustees met. Then a Trustee, the late “Nan” Clarkson prophetically wrote, “Many, who had thought this their last full meeting, found themselves saddled with an awesome new burden that was by no means welcome to all.”

Shortly after, Fulton, a Washington, DC media company owner, was asked to serve as a Trustee. She recalled, “I admired the joint call they fulfilled . . . Nan Clarkson and Nancy Besch joined forces to save Wilson. It was not easy.” Anticipating a closure, some staff destroyed files resulting in organization-al chaos; faculty left and those remaining needed professional development; alumnae were unclear about Wilson’s future; and students were demoralized. “Feelings were mixed, and a substantial minority were not joined to the course of action. Nancy and Nan presented a face to all that was evidence of forgiveness, love, and faith.”

This is not Fulton’s first gift recognizing remarkable role models at Wilson. She, a religion major herself, remembered religion professors the late Graham M. Jamieson and Bruce Morgan, with a gift in their names to the “Reimagining The John Stewart Memorial Library” fund, “in honor of the compassion and love they showed me during my time at Wilson.” Rev. Derek Wadlington, the newly titled Nancy A. Besch ’48 and Elisabeth Clarkson ’47 Chaplain of Wilson College, shared, “I love that Susan uses her philanthropic gifts to honor others. I am saddened that I did not get to know Nan, but I have been blessed by the opportunity to work with Nancy in multiple capacities, particularly in leading the Wilson service at Mt. Gretna the last handful of years.”

Since 1985, Fulton has personified commitment to Wilson College by establishing the Richard Alsina Fulton Center for Sustainable Living (later renamed Sustainability Studies) in her husband’s memory; giving significantly to the Wilson Fund and the new Veterinary Education Center; and, supporting the College’s partnership with the Smithsonian Conservation Biology Institute in honor of the “Breakefield girls” (she and sisters, Xandra O. Breakefield ’64 and Beverly B. Breakefield ’78).

“Wilson is very fortunate to have such a generous benefactor in Susan Fulton,” said President Wesley R. Fugate. “Susan’s desire to honor two women who have played such a critical role in Wilson’s history by naming the chaplaincy for them is a testament to her care for her alma mater and for others.”

ISSUE: Spring 2022 CATEGORY: Around the Green TAGS: alumni
RELATED: Where in the World Was Wes? Spring Break Through Service A Gift of $22K in 2022